Over the years, the Fry Road MUD board has endeavored to provide quality sewer and water service while keeping water, sewer, and tax rates low. In 2003, the board signed an SPA agreement with the city of Houston which allowed the city to levy a 1% sales tax in the district, half of which was to be rebated to the Fry Road MUD District. The money from the SPA has been used judiciously to keep tax rates down, finance projects out of pocket where other districts have to sell bonds, and fund projects good for the community. The new water well and sewer rehabilitation projects are examples where other districts need to sell bonds. Examples of community projects are Sundown Elementary playground equipment and shade structure and the building of the perimeter fence for Sundown Subdivision. Other projects are recounted in the history below.

Residents should also know that Fry Road MUD pays the majority of the WHCRWA (West Harris County Regional Water Authority) fees, something most districts pass through to the customers. Water in our district is assess at $2.95 per 1000 gallons.

The district also maintains a high bond rating should an unexpected need arise to sell bonds.

Main events and projects over the years: 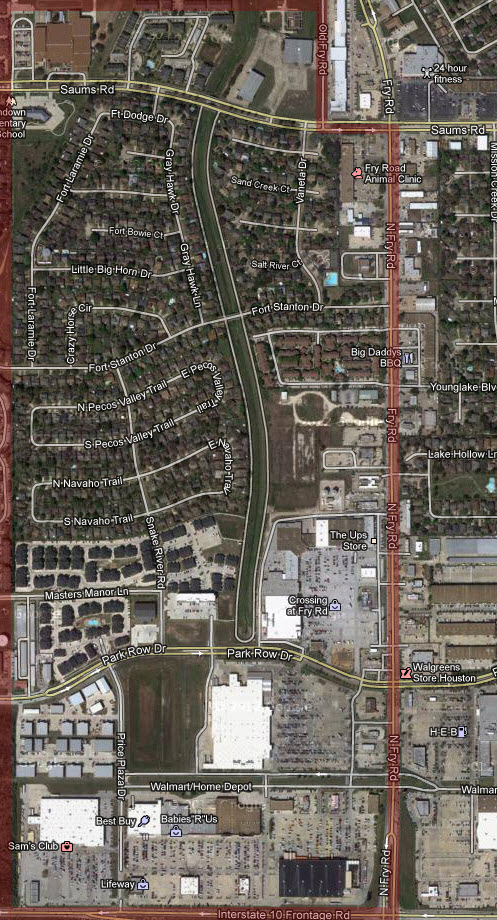 The Board generally meets on the first and third Tuesday and first Thursday of the month at Fry Road Municipal Utility District Administration Building at 20111 Saums Road, Katy, Texas 77449.

For persons with questions or needing help regarding website accessibility, or to request the provided information in alternative formats, please call (713) 951-0800.